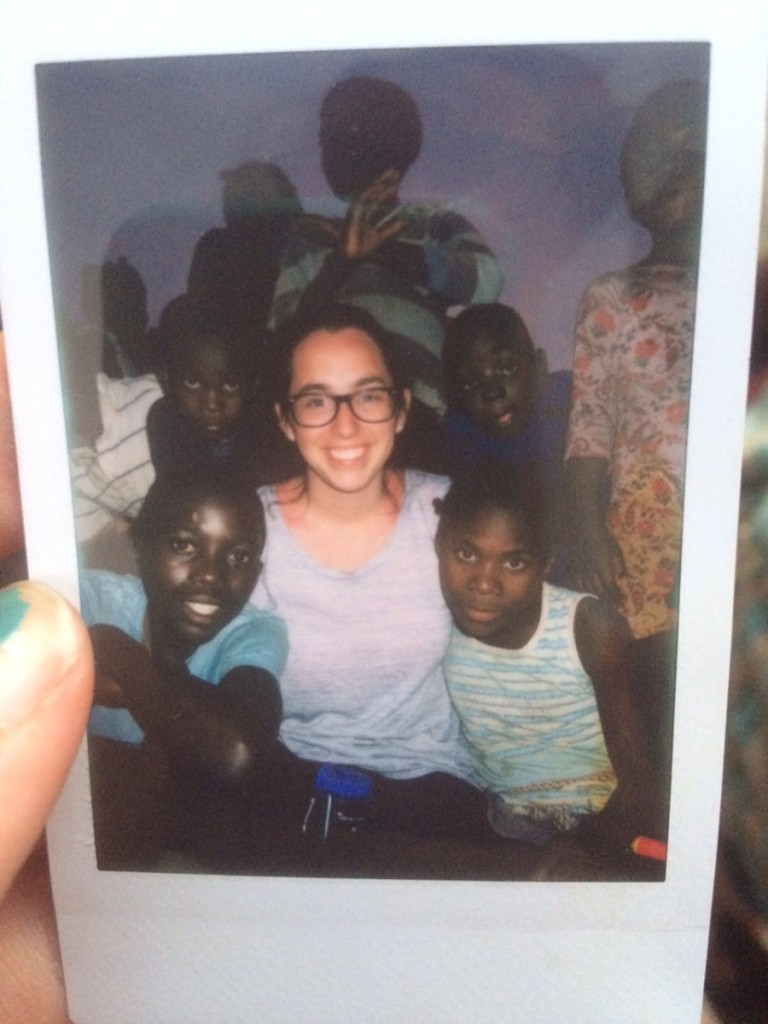 “Everybody laughs in the same language,
because laughter is a universal connection”

My first day at Chilenga primary school was one of the most frustrating experiences I have had. I walked into the small blue and white school at 9:00 am amid a chorus of “Good Morning Madame, how are you?” I was eagerly anticipating the difference I would make in this grade 6 classroom. I had visions of lengthy stories being written and children writing me letters in the years to come, thanking me for my help in learning English. I heard so many stories from years past about the satisfaction of teaching at Chilenga and the meaningful relationships built between students and teachers.

Almost all of those dreams flew out of my head the moment I realized that most of the children would not even be able to pronounce my name. (I am known in my two grade 6 classes now as “Teacher Wioley”). I quickly realized that concepts that seem obvious to us—like “author” or “beginning, middle, and end”—were too difficult, and what I thought to be a very simple curriculum would need to be edited even more. I learned what it felt like to look into the eyes of someone who truly cannot understand you and feel helpless, having no way to bridge that gap and help them to learn. All of my questions were met with “Yes” or “No” answers, and even reading a 10-page elementary school book was a struggle. It was a true test of my patience and empathy. I left the classroom feeling rather dejected and questioning whether or not this was something I could really do. On the three-mile walk back through the village of Chingalala, followed by a symphony of “Chindele, how are you?,” I was able to voice my frustrations to the rest of the education group and found that each class was at a varying level of literacy, but overall things were going to be tougher than we thought. Back at the convent we heard about how well all the other classes were going and I felt even more discouraged about the work that my group was doing. My team was able to come together to reform our curriculum and help me become more confident about the information I was going to teach the next day. With these adjustments and a new mindset provided by my group, I was able to change my attitude, let go of previous frustrations, and tackle the new day.

For my morning class on day 2 I made my way to Chilenga with words of encouragement from Jeff and Josh bouncing around in my head, determined to make a dent in the lengthy curriculum we had prepared – I was going to teach these kids about topics and details whether they liked it or not. My plans quickly changed when the students and teachers gathered around the car the moment we arrived, giving warm welcome to a large supporter of the new library outside of the students’ classrooms. As we were operating on Zambian time, the celebration of song and dance took longer than expected, and I was left with almost no time to teach what I had planned. So I decided to switch things up a bit. After I reviewed what we had learned yesterday, I told everyone to stand up. The kids’ faces, which had previously looked rather bored, lit up at the chance to move around and wake up their bodies. After asking them if they knew any fun games to play and receiving blank stares, I took charge and decided to teach them “Boom Chicka Boom.” I exaggerated my movements and facial expressions and yelled as loud as I could “I SAID A BOOM CHICKA BOOM.” I was met with delighted faces and screaming laughter. The students eagerly responded with a “boom chicka boom,” and when I had them do it “underwater style” they dissolved into giggles. Their laughter was contagious, and I giggled along with them as we came up with different ways to sing and dance to our new shared song. This mutual experience connected by laughter reminded me that we are more similar than we may think.

There is a lot of laughter here in Zambezi. There is laughter among our Zambezi family at the convent. There is laughter among the children singing and playing outside our gate. And there is laughter by the people of Zambezi. Sometimes they laugh at us because our accents are silly or because we accidentally say Kanawa mwane instead of Chimena mwane. And sometimes they laugh at us because we are wearing our chitenges wrong or because we dance funny. But this time, I wasn’t being laughed at. We were laughing together. I had found my way in and we were finally communicating. Some might argue that love is the universal language but after this encounter, I believe it is laughter. In this moment, it truly didn’t matter that 21 kids had no idea what a character or a setting was – they were having fun and so was I, and that’s all that counted.

Everyday at Chilenga isn’t going to be easy. And chances are that by the end of my time here my students won’t have perfect storybooks, and I might not have made a difference at all. And maybe my life won’t be permanently changed by these people. But the one thing I can count on, the one thing I can look back on and always remember, is the time we laughed together because we were finally speaking the same language.