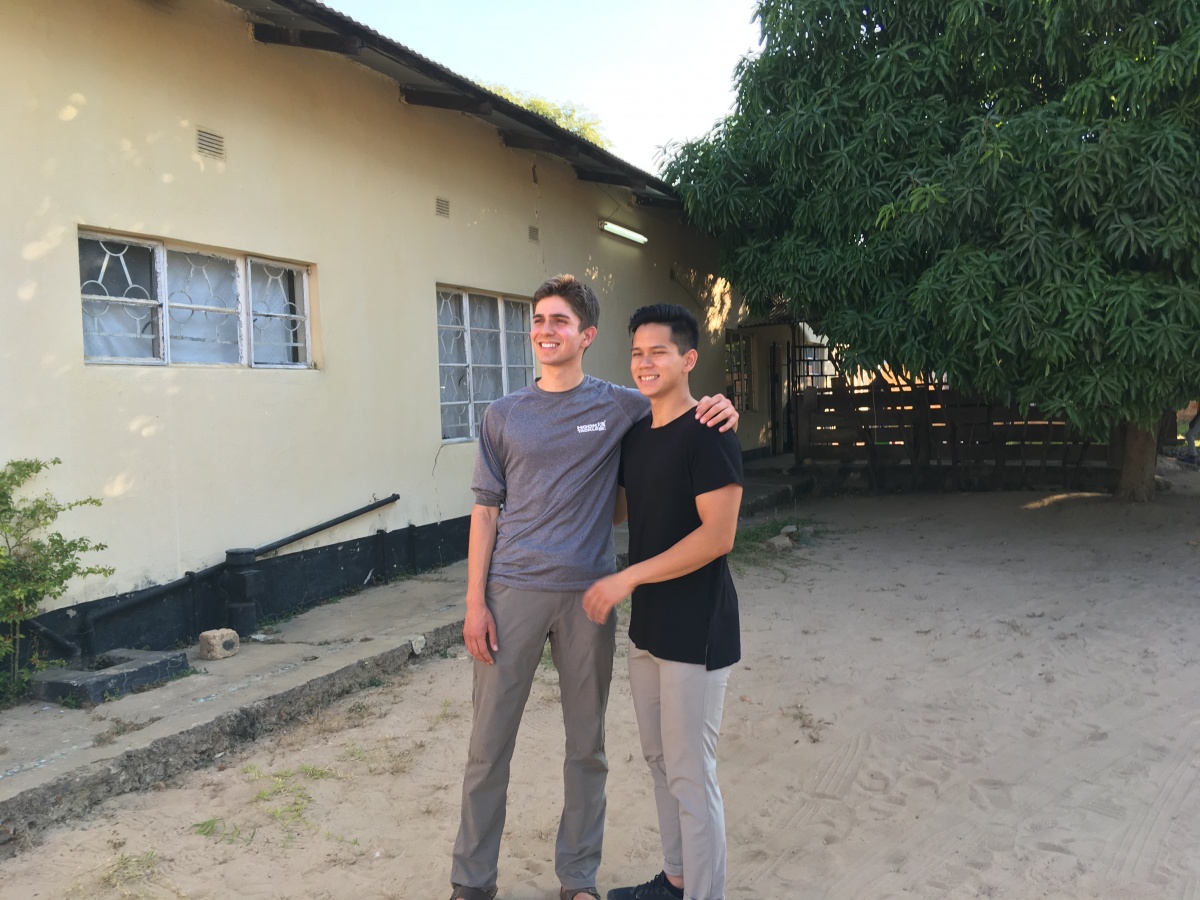 Hello to all reading the blog, hope you are having a fantastic day.

After a violent reminder of my previous intestinal problems on a 5-seater Busch plane, and 2 ½ hours, we arrived in Zambezi. Smiling faces of Zags and Zambezians lined the runway to create a scene I’ll never forget. After dancing and listening to the Chilenga School choir, Daniel Li and I were led back to the convent by a group of 25 Zambezi children who I ‘presumed’ knew the way.

Once we all arrived to the convent, a quick volleyball session followed, the value of the term ‘Yaco akusi’ was learned, a few large spiders were named, and it was time for dinner! Mama Violet and Mamma Katendi treated us to a nshima, fresh chicken (shout out to Isaac and Caitlyn), Chinese lettuce, and some properly sliced apples. While the food was great and did wonders at settling my stomach, I could not help but notice a newly formed tension in the atmosphere. The conversation was smaller, camaraderie was at all time low, nerves were at all time. I, and many of my peers I learned, were uncomfortable. The unconditional love and praise we received was overwhelming and challenging to come to terms with. Father Baraza reminding us instead of trying to understand the high praise we received, but to be reciprocal of the excitement and appreciation that we were receiving. Many of us are in a setting that is completely unfamiliar to us. No longer in the tourist location of the Livingston, this feels more real than ever. As a group, I call us to return much of that praise and curiosity that we have received. The saying goes, “I can learn as much from you, and you can learn from me’ -anonymous. Keeping this in the back of our mind will enable us to be in accompaniment and to create those relationships with Zambians that we desire.

The following morning, I went to the kitchen just in time to see Josh and Ethan heading out for a run; I was able to jump on this train with two brilliant leaders who combined have nearly 20 years of experience in Zambezi – I was excited. I was quiet as I observed my new environment for the next three weeks, unfamiliar sights and sounds stole my attention – the voices of choirs around each block was quite the touch. I was amazed that even after two years, Josh was being greeted hellos from local. Furthermore, Josh mentioned a story about a Zambezi man that had a polaroid picture of himself with a Gonzaga student in his shirt pocket who hadn’t been on the trip for 6 years! This made me excited for our potential to make a lasting impact in Zambezi through a commitment to relationships and endless learning.

Returning from the run, I was met with a wonderful oatmeal bar put on by Zags who woke up early in the morning to prepare the feast. In the moments following splitting into our teams (health, business/leadership, education, computers), I witnessed a great sight. A majority of my classmates were journaling and reading away, which was sweet! A reminder that I am surrounded by a bunch of curious students that are in the process of growing themselves.

After a 45 min meet up with the health team, the excitement and nervousness for our first class is officially brewing. Today fellow students got the opportunity to check out the market, read + journal, and play basketball at the nearby court (we even have a game set up for Tuesday!). In a couple of hours, we live for homestays, were we will be staying with a local family for the night. Exciting times of tension and growth are upon us, here we go!

5 Responses to Here we are… and here we go!!